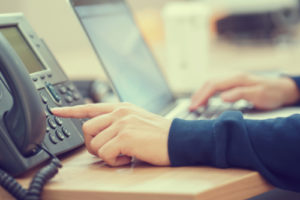 A hotline was recently launched in New Jersey for the victims of clergy abuse. The hotline, started as part of a special task force to investigate sexual abuse by Catholic priests, has been overwhelmed with calls in its first two weeks. There has not been an announcement regarding the total number of calls received, but NJ lawmakers said that it is more than what was expected.

Investigation of Sexual Abuse by Catholic Priests in NJ

The special task force was created by New Jersey Attorney General Gurbir S. Grewal, who noted that the task force formed in response to the August news reports of similar church sexual abuse in Pennsylvania. That news included the results of a grand jury investigation into Catholic priest sexual abuse that was reportedly covered up by the church for decades.

New Jersey is not alone in acting on the results of the Pennsylvania grand jury report. Five other states, including New York, have launched their own investigations within their state boundaries into sexual abuse by Catholic priests. New Jersey will also launch a grand jury investigation and then issue its own report in the near future.

The Catholic church has been the target of child sexual abuse victim advocates for decades, with many alleging that instances of child sexual abuse have been kept quiet by priests and other members. The same advocates are praising New Jersey for launching the task force and the hotline. Now, they hope, victims will have a safe place to tell their stories of abuse. There are dozens upon dozens of child sexual abuse survivors living in New Jersey or elsewhere in the country who have already called the hotline to report the abuse they suffered. Some of those victims have been able to tell their stories for the first time. Some callers are individuals are now in their 70s and are recounting experiences of abuse from several decades ago. The NJ Attorney General’s Office said that the hotline will remain open for the immediate future.

Have you recently visited a therapist or psychologist to discuss issues from your childhood? Was one of those issues sexual abuse at the hands of a Catholic priest in New Jersey? Was it a repressed memory? If so, it’s time to speak with an experienced attorney about your situation. Contact the office of Drazin and Warshaw, P.C. by calling (732) 576-8860 or emailing to schedule a free and confidential consultation. We represent victims in civil cases throughout NJ, including Middletown, Neptune, Freehold, Hazlet, Lakewood, and Manchester, NJ. Our main office is conveniently located at 25 Reckless Place, Red Bank, NJ 07701, and we also have offices in Hazlet and Brick, New Jersey.

The articles on this blog are for informative purposes only and are no substitute for legal advice or an attorney-client relationship. If you are seeking legal advice, please contact our law firm directly.

“The attention and service from Drazin & Warshaw was phenomenal from day one. They are truly passionate about their work and the client”.