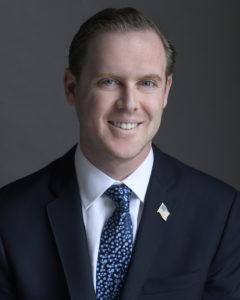 Justin L. Drazin represents the third generation of Drazin men at the law firm. His practice areas are focused on personal injury and medical malpractice claims, 9/11 Victim Compensation Fund claims, and commercial real estate transactions. Prior to joining Drazin and Warshaw, P.C., Justin practiced commercial real estate in New York City, representing clients on acquisitions up to $500 million. He also spent time working in the legal and business affairs departments of the Brooklyn Nets and Barclays Center, The Madison Square Garden Company, and the National Football League. Justin is admitted to the New Jersey and New York bars. He is a graduate of Benjamin N. Cardozo School of Law, Columbia University, and the University of Miami. He is a member of the New Jersey State Bar Association, Monmouth County Bar Association, New Jersey Association for Justice, American Association for Justice, New York State Bar Association, and American Bar Association.

Justin is also an award-winning children’s book author, with three titles that have sold more than 3,000 copies. As a strong proponent of early child literacy, Justin has donated 1,000 copies of his books to charitable organizations, schools, and libraries throughout the tri-state area.

A native of the Jersey Shore, Justin is an avid fisherman. He can be found walking the shoreline with a rod in his hand no matter what the season, always looking for the perfect catch.