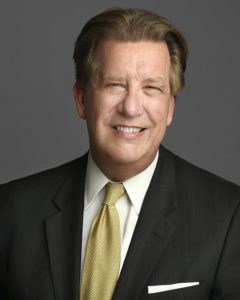 Christopher R. Brown was certified by the Supreme Court of New Jersey as a Civil Trial Attorney in 2001, a qualification held by fewer than three percent of all attorneys in New Jersey. Since joining Drazin and Warshaw, P.C. in 1988, he has been the lead counsel in more than 200 jury trials throughout New Jersey. Specializing in personal injury lawsuits, Chris also handles cases in municipal court and juvenile court. In addition to his bar admission in New Jersey, Chris is admitted to practice in the United States Supreme Court. He is a graduate of New York Law School and Rutgers University.

A life-long resident of New Jersey, Chris volunteers with the Boy Scouts of America as a Scoutmaster, as an Elder with the First Presbyterian Church of Red Bank, and is a past Chairman of the Board of Directors of Sigma Pi Fraternity, International. When he is not camping, traveling with his family, or enjoying the beach, Chris can be found at a Rutgers football game or wrestling match. He is a member of the National Eagle Scout Association, Sigma Pi Fraternity, the Monmouth Bar Association, the New Jersey Association for Justice, and the Rutgers Alumni Association.